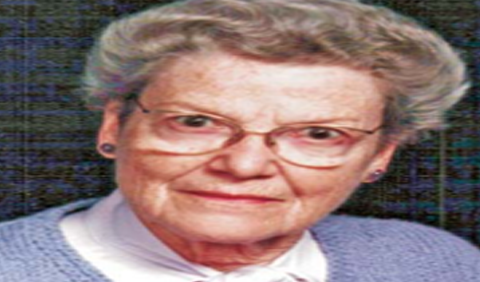 Elizabeth A. Wood, born on October 19th, 1912, was an American crystallographer and geologist who ran a research program which led to the development of new superconductors and lasers.

In 1942, Elizabeth who developed an interest in crystallography, took a job in the Physical Research Department of Bell Telephone Laboratories, where she was their first woman scientist. For over two decades, she ran a crystallographic research program at Bell Labs, focusing primarily on the electromagnetic properties of crystals. She addressed such problems as growing single crystals that would have useful conductive, magnetic, or other properties; as well as investigating new crystalline materials with ferromagnetic or piezoelectric properties.

Wood also became known for her writing. She wrote books titled, Science for the Airplane Passenger and Crystals and Light, which served as beginner textbooks for the those with no background in optics. A version of this book was put out by Bell Labs for high school students as both a booklet and an experiment kit. Her Crystal Orientation Manual was a handbook for technicians on the proper preparation of crystals for research. As the title of her 1962 book Rewarding Careers for Women in Physics suggests, she championed efforts to bring more women into the sciences, speaking out on the issues involved such as cultural disapproval of professional women—at meetings and conferences.

Throughout her career, Wood undertook leadership roles in a number of professional organizations. One of her more prominent efforts was to participate in the founding of the American Crystallographic Association (ACA) out of a merger between the American Society for X-Ray and Electron Diffraction (ASXRED) and the Crystallographic Society of America (CSA). In 1957, she became the ACA’s first woman president.

In 1997, the ACA established the E. A. Wood Science Writing Award to honor the authors of publications that do an exceptional job in writing about science for the general public. The award is presented every three years, and the first honoree was Nobel laureate Roald Hoffmann. Wood died March, 23, 2006 of a stroke.