Pesticides, PCBs and Herbicides The EPA is tasked with the monitoring of environmental systems as they pertain to contamination and human health. The methods issued by the EPA are created to respond to specific toxins or persistent organic pollutants (POPs) found in environmental samples such as soil, source water, drinking water, and waste. In particular, pollutants such as polychlorinated biphenyls (PCBs), which were in widespread industrial use up until their restriction, are of concern due to their stable and persistent nature in the environment. Another group of chemicals of high concern is the hundreds of commercial pesticides and herbicides in use in the world today. Pesticides, from algaecides to virucides, are used in large quantities in industrial and private agriculture. The concern over human pesticide exposure over the past few decades has led to extensive monitoring of these pesticides. It has been reported that over 98% of insecticides and 95% of herbicides affect areas other than their intended target product. It is essential that monitoring agencies have accurate standard mixes to measure the pesticide levels in the environment. Many new pesticides are now being tested using highly sensitive LC/MS techniques, in addition to traditional GC techniques, to determine minute amounts of residue in environmental samples and food products. At SPEX CertiPrep, we facilitate ease of monitoring and testing of pesticides by creating pesticide test mixes to suit your monitoring needs. SPEX CertiPrep is the leader in offering pesticide standards designed to work within EPA, AOAC and FDA analytical testing methods using all of the leading analytical techniques: LC, LC/MS, GC, and GC/MS. Many pesticide standard mixes are readily available in our catalog along with a large list of single pesticide standards. In addition, custom pesticide mixes can be made to your specifications to create a mix that meets your needs. US EPA Method 531 is an analytical method for the monitoring of n-methylcarbamoyloximes and n-methylcarbamates in drinking water and ground water by HPLC and a fluorescence detector 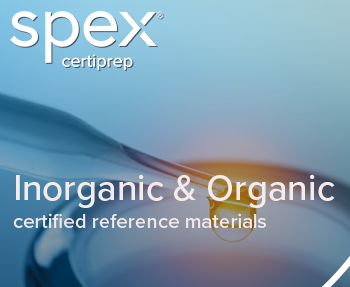 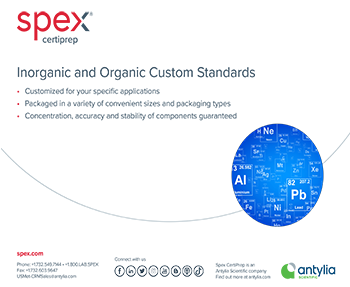